A folding table in a camper van is a convenient way to add more space for work, eat, etc. Then it can be folded away when not needed. Our folding table was installed a few years after our van life started because we initially didn’t plan our van interior layout for work. Now that we both have to use our laptops simultaneously, the folding table makes our van a bit more ergonomic and practical!

Disclosure: This post contains affiliate links, which means that if you click a product link and buy anything from the merchant (Amazon, eBay, etc.) we will receive a commission fee. The price you pay remains the same, affiliate link or not.

You can purchase the folding brackets in different lengths (from 8in up to 24in). For a very heavy duty folding table (i.e. to support heavy weight), it is recommended to purchase brackets that match the table length. However, in our case, we consider our application to be “light-duty”, so we chose brackets shorter than the table by a few inches.

The folding brackets, taken individually, rattle like crazy when not installed… We almost returned them when we realized that because rattling sound drives me absolutely INSANE (Antoine). But we managed to prevent rattling by installing them slightly unparallel, refer to step 3 below.

We couldn’t source bamboo plywood, so we ordered this bamboo table from Amazon. It was a cheap way to procure the right amount of bamboo plywood that’s already finished and ready to install. When we unpackaged it, we realized the bamboo table had slightly warped, which was disappointing… But, we knew it would straightened up when we would screw it to the brackets, and indeed it did. So it’s all good!

A drill bit extension will make your life easier when screwing to the table top (a normal drill bit by itself won’t make it all the way down):

You’ll notice our folding table is quite small… this is to make sure it clears the fire extinguisher and the stuff packed in the storage net (see on Amazon) when we fold/unfold the table. That storage net is quite practical, and we didn’t want to have to put the stuff away each time we need to use the table.

We used a circular saw to cut the bamboo table top to 9.5″ x 22″. By total chance, the bamboo we purchased was exactly the length we needed, so only 1 cut was required 🙂

2- Install the folding brackets on the table top

The two brackets must be parallel, otherwise the folding table won’t fold… So we first marked the location of each bracket and made sure the distance along the two lines is equal (D1 = D2); this ensured the brackets were installed parallel to each other. Then we screwed the brackets to the table.

3- Install the Folding Table to the Wall

So, similarly to the previous step, we marked the location of the brackets so they’re perfectly parallel. But at the moment of screwing, we made them slightly not-parallel. SLIGHTLY is the keyword here (it’s not even noticeable in the photos below)! Too much and the table won’t fold.

4- Check that the folding Table is working smoothly

We made it! As we often say, repetitive tasks should be made easy and this is a step in that direction! Nice!

Huh, not much to say here. With the tips provided above, the installation of the folding table went smoothly and we’re happy with it! 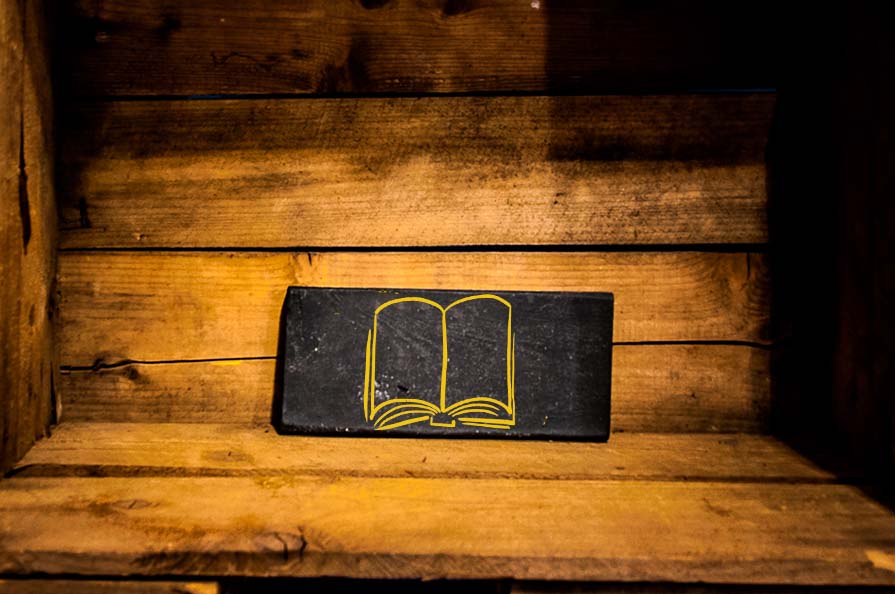 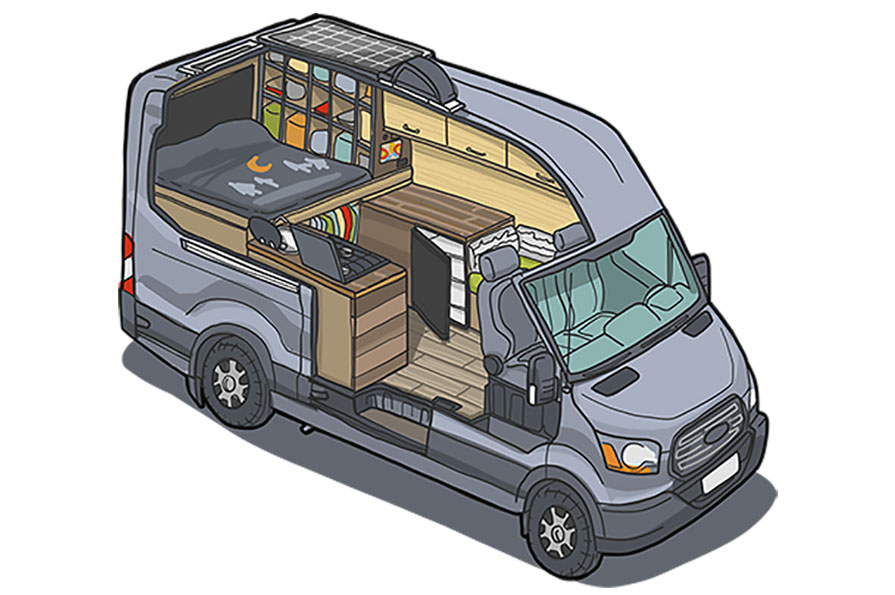 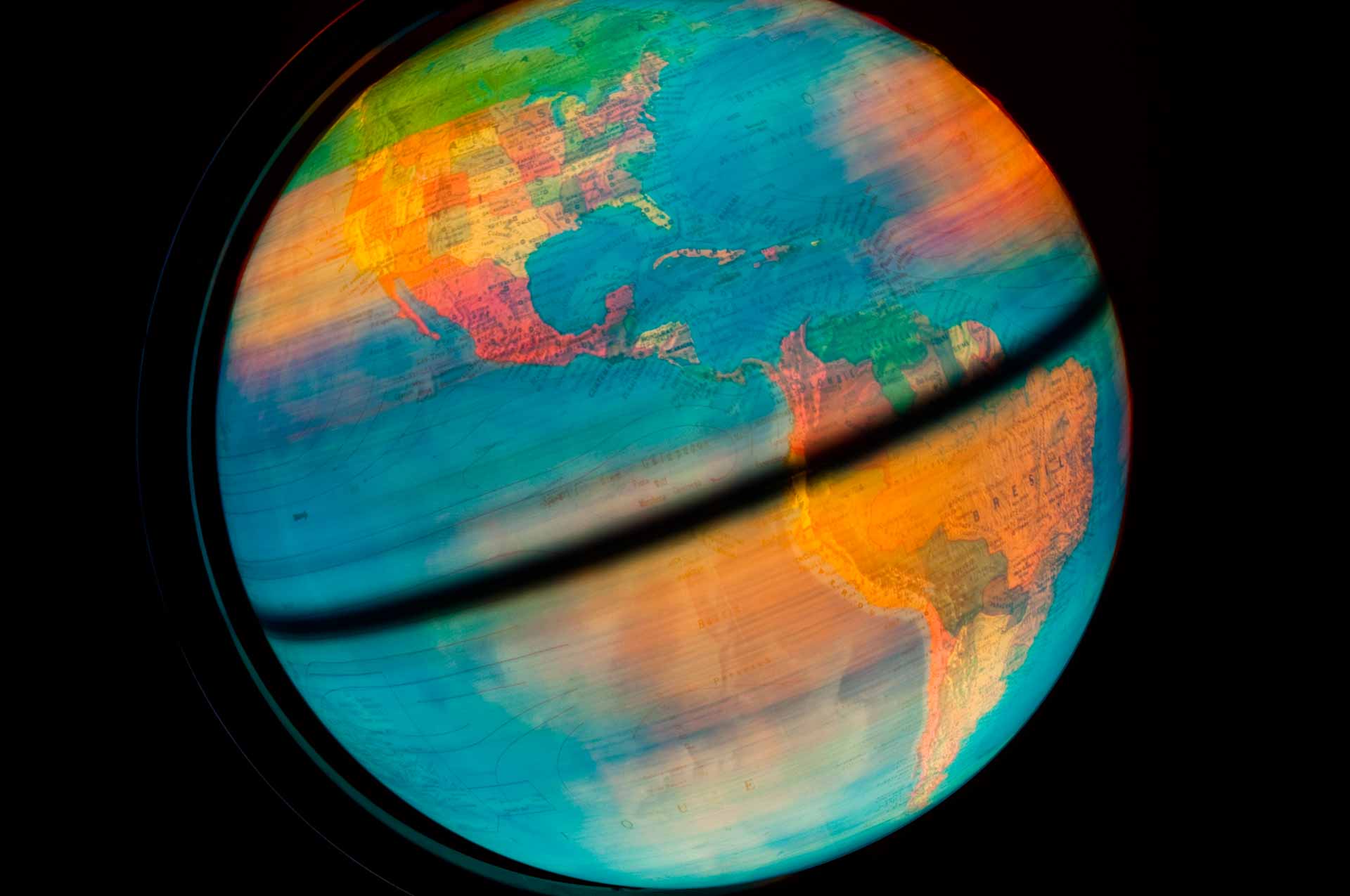 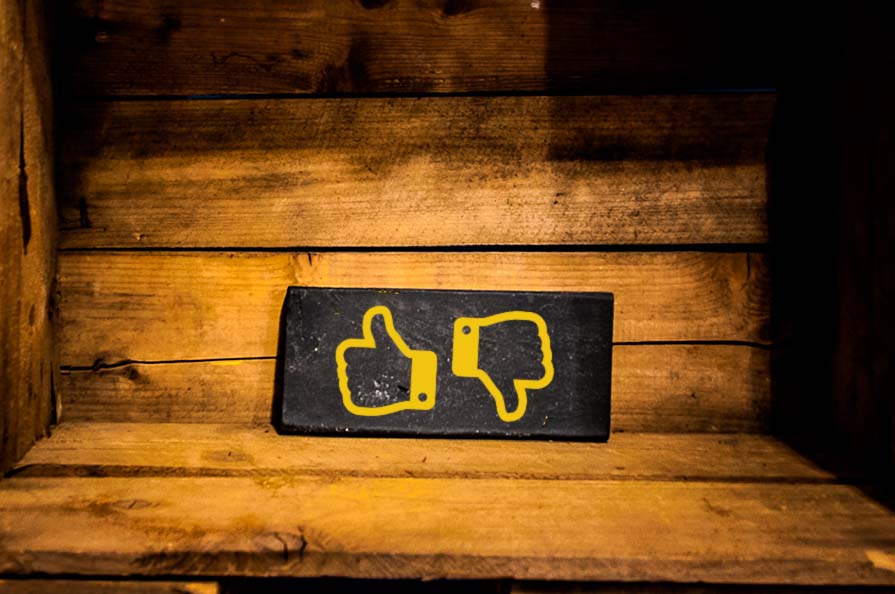 Hello! We’re Isabelle and Antoine 🙂 In 2017, we sold our house (and everything in it), quit our engineering careers, and moved into our self-built campervan. Every day is an opportunity for a new adventure... We’re chasing our dreams, and hopefully it inspires others to do the same!

Thanks to all of you, we managed to negociate group discount on these. Strength in numbers!